The Flowers of Tao 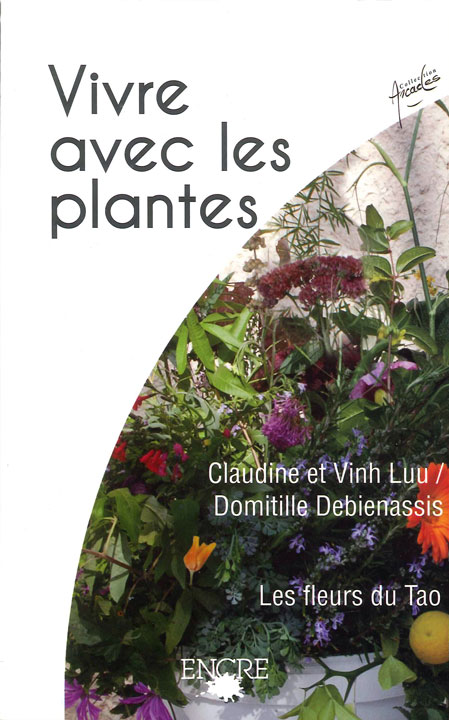 Like the two connected lakes described in the Yi King – Claudine Escudier was born on 14 July 1941 in Aveyron, surrounded by flowers and fields. At the age of 21 she married Vinh Luu., Vietnamese of Chinese origin, and himself a scientist who would become known for his works on water. Recently graduated in pharmacy, she was responsible for the manufacture of mother tinctures in a homeopathy laboratory, without really knowing anything about this therapeutic method. Claudine, being passionate and tenacious, wanted to understand how homeopathy "heals".

Vinh worked at the Faculty of Science. He was already researching water and the question interested him. Together, they made an unexpected discovery and developed an original theory that would take them on the trail of water memory. The year was 1975... the same year Claudine presented her thesis in pharmacy and outlined their concept. Others went on to appropriate it without ever citing the authors...

The couple, meanwhile, established a school of herbal medicine. Medicinal plants and their properties hold no secret for Claudine. But Vinh's vision (he is Taoist by birth, son and grandson of Chinese phytotherapists) was first and foremost energetic. Only the living can create life. And so they established an innovative approach to herbal medicine, one where the notion of energy is central. From a love of nature combined with an energetics vision, a new concept of therapy was born, one in which the traditional techniques of phytotherapy and homeopathy are combined with energetic homeopathy and Chinese medicine.

This book tells their story while describing Claudine's wonderful recipes for healing with plants, as well as the secrets of energy phytotherapy taught by Vinh. It links two complementary visions to approach the world of medicinal plants from a 180 degree perspective.

Claudine Luu, is a Doctor in Pharmacy, Doctor of Natural Sciences, specialist of medicinal plants, and President of the LAPHT-PHYTOFRANCE laboratory, established in 1986, whose main activity is the processing of fresh plants. Vinh Luu is a Doctor of Science, Scientific Advisor to this laboratory, former researcher of Higher Education at the University of Science and Techniques of Languedoc in Montpellier, whose research program focused on the study of the water. Domitille Debienassis holds a Master's degree in Philosophy and a doctorate in Ethnosociology. A journalist, he specializes in Chinese Taoist Energy. 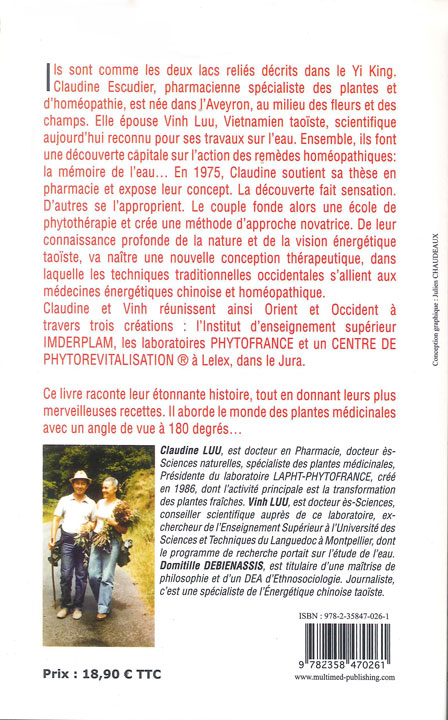